Jamaican culture is a unique blend. It's a mixture of Spanish, from the early colonization of the region to English, who later conquered the Spanish, and a mixture of Africans as well.

Of all of the elements that make up the culture of this country, perhaps none is more vital to the nationals than their religion. Religion plays a role in virtually every part of life here.

The religious views, and there are many differences, but they are all very well practiced here. Some of the most prevalent religions include: 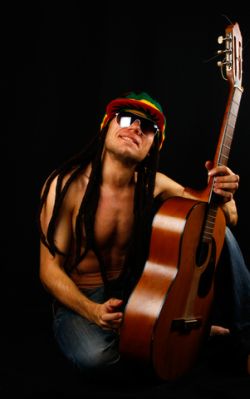 Outside of religion, there are many other elements that make up the culture of Jamaica and the cultural attractions in Jamaica. There's a strong presence of sports, film, literature, wildlife, writing and the appreciation of our national treasures like the hummingbirds.

Many people will find this culture easy going and enjoyable, but its foundation is very realistic.

Music And Dance An Important Part Of Jamaican Culture

From looking into the country from the outside, one thing many people know about Jamaica is that it offers unique music. Those who visit will be immersed in the depths of this music. Jamaica reggae music, with its unique beat and dancing style, is the foundation of many festivals and cultural events that happen here.

Perhaps one of the things that people may not realize about the culture of this country is just how welcoming the locals are. They invite you to their home. They will talk with you. They greet you as you walk through the streets.

The language of Jamaica is unique and is our very own called patois that you will find very interesting.

So probably you might be interested in purchasing your own Jamaica property to build your own dream home.

Friendliness is something that helps make up the Jamaican culture. It's perhaps one of the strongest things to look for if you're visiting the country for the first time.